<!--EZCODE QUOTE START--><blockquote><strong><em>Quote:</em></strong><hr>I recently watched the episode from season 10 called the Return of Chef. Chef is played by Scientologist Issac Hayes who left the show (I believe) because of an episode that ripped on Scientology.<hr></blockquote><!--EZCODE QUOTE END--><br><br>Because Hollywood types have high visibility, their ability to speak on topics that matter is routinely sabotaged by making them out to be freaks of entertainment and distraction but no substance.<br><br>Witness the effect Charlie Sheen just had by speaking on 9/11 or Oliver Stone's movie 'JFK.'<br><br>So the South Park brats were allowed to target 'Hollywood Liberals' in Team America. <br><br>Could this year's anti-Hollywood messaging be routine anti-war pre-emptive discrediting? Or an accumulative campaign building up to the upcoming Nov. 17th release of a movie about RFK's last night alive called 'Bobby' and starring many big names?<br><br><br><br><br><br> <p></p><i></i> 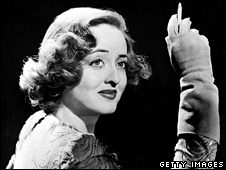 One firm paid more than $3m in today's money in one year to stars.