(I just thought this vague but real ad offering PsyOps contracts from 2006 was worth noting. And the 2005 retention bonuses offered for PsyOps specialists. Just shows the reality.
-HMW)

As for the rest… we’ll just have to leave you guessing. There is one major item worth noting, however – both of these war-critical, 5-year, $260 million contracts have been issued to registered Alaska Native Corporations under the Alaska Native Claims Settlement Act of 1971 (ANCSA).

Oct 11/06: Tyonek Agile Engineering and Manufacturing, LLC (TEAMCOR) of Warner Robbins, GA received a 5-year, indefinite-delivery/ indefinite-quantity contract with a ceiling of $260 million. The place of performance will be Warner Robbins, GA (H92222-06-D-0015). TEAMCOR is a subsidiary of Tyonek Native Corporation in Anchorage, AK, a registered Alaskan Native Corporation.

Oct 30/06: Chenega Federal Systems, LLC (CFS) of Lorton, VA received a 5-year, indefinite-delivery/ indefinite-quantity contract with a ceiling of $260 million. The places of performance will be Lorton, VA and Anchorage, AK (H92222-07-D-0017). Chenega Federal Systems is a registered Alaska Native Corporation under the US Small Business Administration’s 8(a) Business Development Program, and a subsidiary of Chenega Corporation.

The latest Critical Skills Retention Bonus, which became effective Jan. 31, is a one-time payment of up to $50,000 for sergeants first class with more than 19 years of active federal service but less than 25, according to a message released by the Army’s Human Resources Command.

He encouraged eligible USASOC Soldiers to begin the CSRB process as soon as possible.

“Soldiers should take advantage of this program quickly,” Howells said. “As the posture of these MOS changes, so may the incentives.”

The CSRB allows for a maximum of a five-year commitment, capping a Soldiers service at 25 years. Soldiers with more than 25 years of service are not eligible for the CSRB.

Master sergeants in the explosive ordnance disposal specialty are also eligible for the CSRB, but with a reduced payment of up to $40,000 for a five-year commitment.

Howells encouraged Soldiers eligible to apply for the CSRB to do so as soon as they have reached 19 years and 6 months of service — the earliest point applications can be accepted.

The Army announced a previous CSRB Dec. 30 exclusively for Special Forces NCOs. That bonus pays up to $150,000 for a maximum of a six-year service commitment. Staff sergeants, sergeants first class and master sergeants serving in any enlisted Special Forces position with between 19 and 25 years of service are eligible for that bonus.

"Fallujans have now been offered a choice: hand over the outsiders or get blown apart by the world's most lethal killing machine, the U.S. Marines!"


US Marines: Travel agents to Allah.

Call your lawyer, I'll beat the shit out of him after I beat the fuck out of you!- Vin Diesel " A Man Apart"

@GregMitch: If you missed: NYT piece on guy kicked out of both Nirvana and Soundgarden--who became a war hero.

Jason Everman: from Nirvana to Soundgarden to Special Forces

Jason Everman has the unique distinction of being the guy who was kicked out of Nirvana and Soundgarden, two rock bands that would sell roughly 100 million records combined. At 26, he wasn’t just Pete Best, the guy the Beatles left behind. He was Pete Best twice.

Then again, he wasn’t remotely. What Everman did afterward put him far outside the category of rock’n’roll footnote. He became an elite member of the U.S. Army Special Forces, one of those bearded guys riding around on horseback in Afghanistan fighting the Taliban... 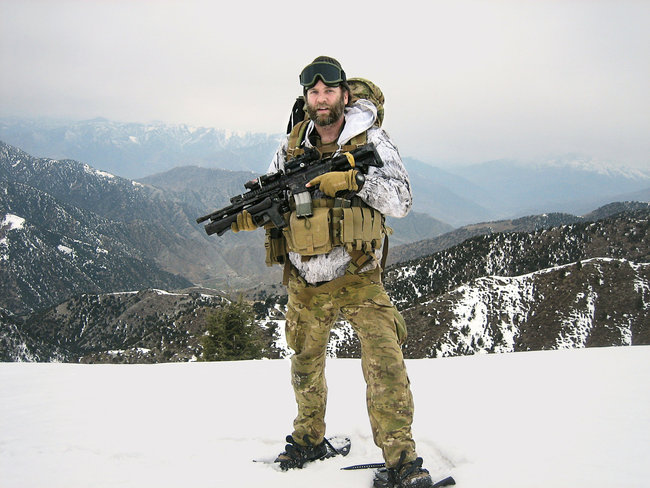