Dollhouse - MC based series on fox.

Dollhouse - MC based series on fox.

Sorry if its been posted before.

Anyway this is pretty interesting.

Joss Whedon is heading back to TV-- along with his "Buffy the Vampire Slayer" and "Angel" ingenue, Eliza Dushku.
Dushku will star in the Whedon-penned series "Dollhouse," which has been given a seven-episode order by Fox. News came as an extra-big Halloween treat for Whedon fans, considered some of the most passionate in all of TV.

Produced by 20th Century Fox TV -- the studio also behind "Buffy," "Angel" and Whedon's late, lamented "Firefly" -- "Dollhouse" follows a top-secret world of people programmed with different personalities, abilities and memories depending on their mission.

After each assignment -- which can be physical, romantic or even illegal -- the characters have their memories wiped clean, and are sent back to a lab (dubbed the "Dollhouse"). Show centers on Dushku's character, Echo, as she slowly begins to develop some self-awareness, which impacts her missions.

Reminds me of Song

Is it a plot by the controllers, the illuminati or whatever, or is it an interesting idea for fiction written by a creative person who reads the same stuff we do?

either way, its effective as a defuser

Is it a plot by the controllers, the illuminati or whatever, or is it an interesting idea for fiction written by a creative person who reads the same stuff we do?

It is undoubtedly some form of "keyword hijacking." Just wanted to pre-empt the inevitable reply from you-know-who.

Sigh. Eliza Dushku used to be so pretty when she played Faith, but she has had odd plastic surgery on her face that ruined it. </superficial>

Um, I think it's actually valuable that some of these ideas and concepts are getting out there. And Whedon is a wonderful storyteller and world-creator; I'm sure he'll do something interesting with it.

Hollywood is a bit like Washington in that one has to make so many compromises to succeed. Soul-selling included, probably. This is so pervasive in that industry that it's almost useless to speculate on the real motives of any particular artist.

I always thought that a great symbol in the X-Files was that a big part of the evil plot was the black oil. That's a meme I can live with.

theeKultleeder wrote:Is it a plot by the controllers, the illuminati or whatever, or is it an interesting idea for fiction written by a creative person who reads the same stuff we do?

Dunno just thought it was interesting.

3 How many people will watch it and think its cool or identify with the characters? Thats the bentest thing IMO.

Very true. And the black oil was a bent idea wasn't it.

theeKultleeder wrote:I always thought that a great symbol in the X-Files was that a big part of the evil plot was the black oil. That's a meme I can live with.

a meme hidden inside a hi-jack? a hi-jack hidden in a meme?

"Oh no that didn't really happen, you're thinking of Dark Angel. OMG that show sucked after the first season. Her outfits were hot though. Hey, check out my new boots....." blah blah end of discussion.

Child soldiers, mind controlled asssassins? Too icky to think of in real life. Better to reframe the information as fiction, just in case it is exposed.

I think there are writers in Hollywood who know very well the material they explore.

Some for prurient interest, some for water-muddying purposes, others in an attempt to get a message through to the mass consciousness.

I assume these competing interests (unwitting or otherwise) can be found within a single production or organization. Just like real life or internet forums.

Now that there's a writer's strike, the spooks and hacks among them will have more time for moonlighting, it being an election year and everything, it's probably more profitable.

A@A@
"O Oysters," said the Carpenter,
"You've had a pleasant run!
Shall we be trotting home again?'
But answer came there none--
And this was scarcely odd, because
They'd eaten every one.

I don't think even one third of the people here know very well the areas we explore.


HERE IS A CHILD SOLDIER: 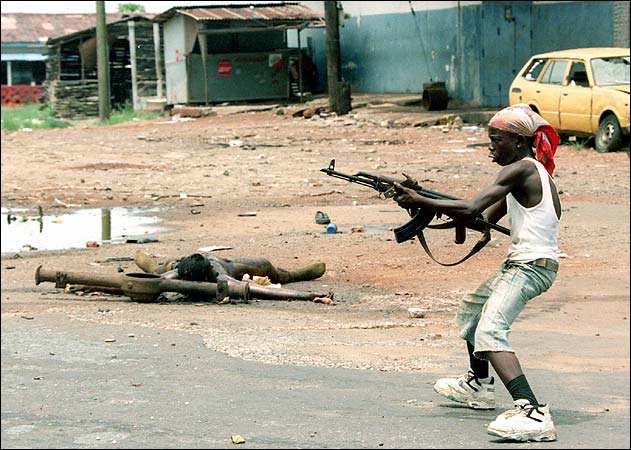 Rationality is the fiend of fantasists.

And you can quote me on that.

When I first got to know of ra I went with someone who had just got her first recall to the police, first thing the cop said to her was 'sure you haven't been watching a film'. that doesn't happen when you report that your car has been stolen, your house broken into etc etc - all fictionalised but in a different way. I'm ok with fiction but some subjects are ONLY framed as fiction.

reading about the Dollhouse TV series I was immediately put in mind of a series of kids novels I saw last night in a bookstore. I thought the title was simply 'Secret' but looking for it I'm must be wrong because I'm not finding it.

BUT--I see TONS of secret-related/secret identity based novels for kids. I can't recall where, but I recently saw/heard a write-up on how this was an indirect reference to kids dealing with being gay and having to (or feeling/being pressured that they had to) keep that part of their identity hidden.

BUT ALSO--the series I saw last night was about kids who have been been cybernetically enhanced into being super assassins and they have to deal with doing missions while some part of them is remembering their original self and resisting their new assassin identity.

It the losing-yourself-to-an-assassin-identity-programmed-into-you component in these stories that's problematic. But then again, if we applied that to the conditioning of soldiers sent to fight for oil, wouldn't we want them to see their situation in those terms? Just a spur of the moment thought, so sorry if it's short sighted.
"we must cultivate our garden"
--Voltaire

Just as when CIA/MI6 was commodified in pop culture into a cool guitar riff during the 1960s, today's youth are getting cryptocracy normalized and iconified, too.

These mind control-themed shows are counter-propaganda fictionalization to divert attention from:
>Growing awareness of psy-ops culture like Operation Mockingbird and old CIA crimes.
>Especially the CIA's 1968 murder of almost-president, Senator Robert F. Kennedy
in the kitchen of the Los Angeles Ambassodor hotel.

80% of Americans already think JFK was done in by a conspiracy, probably CIA.
So covering-up that myth-puncturing needle is a lost cause though still done on principle for the long haul and to prevent our learning about similiar crimes.

Landmark anniversary years always bring a surge of both truth and countering disinfo.

Keeping that *dot* from being connected to others which then form a line pointing at real history...is a current strategic psy-ops goal in preparation for renewed interest during 2008, the 45th anniversay of JFK's murder by US alphabet agencies and the 40th anniversary of Martin Luther King's and Robert F. Kennedy's murder by same.

Once those *dots* are connected to form a line, the line also points at...9/11 truth, the most dangerous information to TPTB in America today since 9/11 was meant to be the motivational myth for permanent oil war police-state.

So keeping the doors closed on what the CIA (and LAPD) really did to RFK is of tremendous strategic importance while TPTB are trying to prevent a commoner's stampede to the castle with torches and pitchforks over:
>Vietnam II
>Impending global warming food/water/disease crises
>Katrina
>The nullification of the US Constitution
...etc.

Far fewer Americans know that the CIA hypno-programmed Sirhan Sirhan to be the 'rat in the kitchen' (Ratatouillie) firing blanks and becoming the framed-up patsy while RFK's body guard, Thane Eugene Cesar, shot him point blank from the rear as proven by forensics and revealed by LA Coroner Thomas Noguchi...who was not allowed to testify at Sirhan's "trial." Noguchi was suppressed, discredited, fired, etc.

A Noguchi character was shown to be incompetent in the 1990 Harrison Ford movie, 'Presumed Innocent.' (I could list many movies with subliminal assassination cover-up themes. Beware of movies produced by Sydney Pollack.)

Researcher's awareness of the hypno-programming of Sirhan has grown since 1968 but the general public has only been given the movie-genic image of the Manchurian Candidate (2004 remake) programmed assassin, a perfect limited hang-out cover story that keeps Sirhan the guilty shooter while continuing to hide:
>his innocence
>the role of the LAPD's CIA-run cover-up unit, Special Investigation Senator, run by Manuel Pena and Enrique 'Hank' Hernandez.
>the role of CIA media as the getaway car for all their crimes.

The spate of Ludlum's 'Bourne Identity' books and movies also reinforce the Lone Gunman theme through the limited-hangout of the programmed assassin theme.

That's enough for one post to put Pan into his best William F. Buckley scorn mode.
Whoop. He already pre-emptively framed me negatively, just what movies do to whistleblowers like Sibel Edmunds in 'The Interpreter.'