Hypnagogic Hallucinations: Had Any Lately?

Hypnagogic Hallucinations: Had Any Lately?

I just finished reading Stan Gooch’s The Origins of Psychic Phenomena: Poltergeists, Incubi, Succubi, and the Unconscious Mind, recommended by that vociferous internal orgasm addict and obscurantist music theory scholar, Great Galactic Ghoul. I thoroughly enjoyed the book and I learned a few new things, too, so thank you, Ghoul. Your next Extra Cheesy Fried Chupacabra at the local Minnesota Taco Bell is on me.

As our consciousness shifts from one mode to the other—from sleeping to waking, for instance—a lot of crossover action necessarily happens in-between. Some of us know those moments as hypnagogic hallucinations (dreaming while we’re awake), but Gooch goes further, laying the blame for poltergeists, sexy succubus encounters, and hell, even spontaneous human combustion, all on the unconscious mind’s ability to seemingly externalize its contents—often scaring the crap out of us in the process.

Over the years, I’ve had more than my fair share of hypnagogic hallucinations and I’m wondering if others here at RI share that tendency. I’ll relate just two examples to get the ball rolling. This first one happened to me a few weeks ago:

I’m in bed dreaming I’m awake. I see a figure made of glowing white light enter our bedroom. It’s in the shape of a striding, man-sized teddy bear (in other words, not too threatening…). The white light teddy bear stands at the foot of our bed and I make a decision to let it enter me, mingling its energy with mine. It immediately does so and I feel a sharp shock as it disappears inside me. The shock is so painful and unexpected that it wakes me up, in actuality.

This second example is a link to a far stranger and more sinister encounter written up by my brother Crash for his blog at [url=http://nittwittridge.com/2007/11/26/crash-on-crash]NittWittRidge.com:

“…Our house had lovely wide redwood decks on the upper two floors that looked out onto the sea, just a few blocks away. The deck off the master bedroom, where Justine and I slept, was covered with thorny wild rose vines and suspended about twenty feet off the ground. It could only be accessed through the bedroom’s sliding glass doors. But one night not long after my UFO article’s publication, I woke up around two in the morning and saw a shadowy man standing on that deck, peering in at me. I sat bolt upright in bed and tried to shout, but I couldn’t find my voice. I was almost paralyzed with terror, because the shadowy man’s face was crawling with what looked like luminous blue fireflies….”[/url]

So... any further thoughts? I’ll take them from either Consciousness A or Alternative Consciousness B. I try not to discriminate… although, come to think of it, that lack of discrimination might be the source of a lot of my problems.
Last edited by Derek on Sun Dec 30, 2007 1:39 am, edited 2 times in total.
Mere coincidence... or mind-fucking conspiracy? You be the judge.

Yeah. I have them all the time. I've opened my eyes and had dream figures standing in the room.

I tend to agree, and I like waking in the half-dream.

I'm with you, TKL.... Mr. Gooch is very persuasive, but I've long been of the opinion that dreams function as a sort of pre-flight check for the Bardo, a way of preparing one's soul for experiences that take place on a higher plane. Good old Dr. Jung has something to say about that in his commentary on the Bardo Thödol—or as we know it in the West, The Tibetan Book of the Dead:

“Not only the ‘wrathful’ but also the ‘peaceful’ deities are conceived as sangsâric projections of the human psyche, an idea that seems all too obvious to the enlightened European, because it reminds him of his own banal simplifications. But though the European can easily explain away these deities as projections, he would be quite incapable of positing them at the same time as real. The Bardo Thödol can do that…. The ever-present, unspoken assumption of the Bardo Thödol is the antinominal character of all metaphysical assertions, and also the idea of the qualitative difference of the various levels of consciousness and of the metaphysical realities conditioned by them. The background of this unusual book is not the niggardly European ‘either-or’ but a magnificently affirmative ‘both-and’.”

I tried to elaborate on that thought in my book, Crash Gordon and the Mysteries of Kingsburg, by writing the following:

"Try thinking of the Bardo as analogous to the light spectrum. We only see the visible light that makes up the colors of the rainbow, but that doesn’t mean the infrared and ultraviolet edges of the spectrum don’t exist. We just can’t see them. The Bardo is sort of like that. It’s all around us—we’re swimming in it—but most of us can’t see it (cats see more of it, which is why they jump at things when we think there’s nothing there). The Bardo includes the physical realm we know on Earth, but that’s just one level—like one station broadcasting at a specific frequency on the radio (“You’re tuned to 90.3, Earth Realm, on your Bardo dial…”). When we tune in to a new station the old one doesn’t disappear, right? It’s still broadcasting; we’re just not listening to it anymore. Occasionally, we’ll hear a fuzzy hint of another station, as static, if the station frequencies are set too close together...."

Yah, I had an auditory hallucination just last night. As I was falling asleep a female voice said very distinctly "Thank you" into my left ear. Someday I imagine I may well go stark raving mad, but these things don't disturb me the way they used to. These things seem to come and go in clusters.

I bought Taoist Yoga on the advice of Mr. Hempel.
"Nothing in all the world is more dangerous than sincere ignorance and conscientious stupidity." - Martin Luther King Jr.

I don't know if I've had hypnogogic hallucinations, but this subject reminds me of lucid dreaming which I experimented with briefly years ago. Here's a FAQ, which might or might not be relevant to the discussion:

I also had an auditory hallucination not too long ago.... Sometime after midnight I heard a female voice whispering into my right ear, "You're an idiot!" I rolled over and discovered it was coming from my soundly sleeping wife. "F— you..." I telepathically told off the astral entity, or Alternative Consciousness B, or whatever, that was causing her to say such heinous things about me.

Over the next few days I made several really bad stock market trades.

By the way, I find myself lucid dreaming almost every night....

Eh, there is much better Bardo Thos Grol stuff out since good ole Doc Jung. I like the Freemantle/Trunpa version, Robert Thurman's translation/commentary, and Self-Liberation Through Seeing With Naked Awareness, and Natural Liberation.


You should also look for Namkhai Norbu's Cycle of Day and Night for dream and sleep practices (including lucid dreaming). 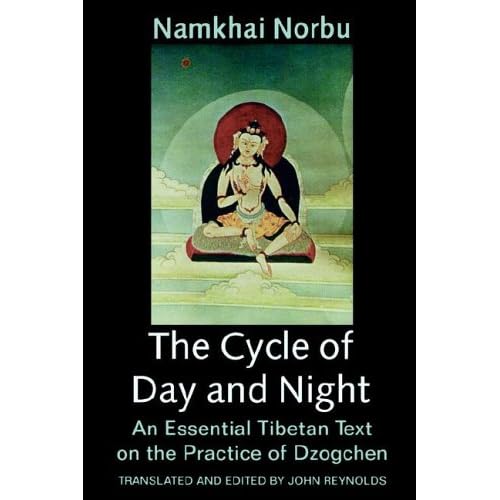 I'm still hoping some RI readers will come through with stories of their own hypnagogic hallucinations, if they've had any.

Has anyone out there been sucked off by a succubus? A show of hands, please....
Mere coincidence... or mind-fucking conspiracy? You be the judge.

I realized at this late stage in the game that I should have defined my terms better....

I actually have far more hypnopompic hallucinations than hypnagogic hallucinations. But that's just me. I'm hoping to hear from everyone else.
Mere coincidence... or mind-fucking conspiracy? You be the judge.

Yes, both hypnagogic and hypnopompic, but the content of them is for me and me alone.

I'm somewhat taken aback by your untowardness. While I think it's friendly and fun to find out what other people hallucinate, both hypnagogically and hypnopompically (are those real words?), I would never want to infringe on your right to privacy.

It's on my bookshelf. Very good, clear. If you read other material it becomes invaluable for the little details. Don't overlook Mantak Cia.

The Multi-Orgasmic Man: Sexual Secrets Every Man Should Know by Mantak Chia? That must have been the book Sting was reading right before he started bragging about his four-hour-long orgasms, right?

I had a WTF moment there, thinking you were referring to Montauk CIA for some reason....
Mere coincidence... or mind-fucking conspiracy? You be the judge.

Derek wrote:The Multi-Orgasmic Man: Sexual Secrets Every Man Should Know by Mantak Chia? That must have been the book Sting was reading right before he started bragging about his four-hour-long orgasms, right?

I had a WTF moment there, thinking you were referring to Montauk CIA for some reason....

That was his major foray into commercialism.

His early work is genuine, exact, and authentic. Reading Garma Chang will help you to see that.

You don't know much, do you? And you aren't really that well read, your PR to the contrary.


Don't fuck with me.

Users browsing this forum: No registered users and 9 guests