^^^ Always reassuring to know where the press stands.

I'm sold on the Biden as placeholder for a committee-selected "not Sanders" running mate who will replace Biden hypothesis that Jack put forward.

There are hints that it'll be Harris. (Worst case: Bloomberg.)

Perhaps weirdest of all is how we in the US spend two fucking years choosing an executive.
"Frankly, I don't think it's a good idea but the sums proposed are enormous."

Elvis » Wed Mar 11, 2020 6:57 pm wrote:
Perhaps weirdest of all is how we in the US spend two fucking years choosing an executive.

"choosing an executive" should be replaced with the suggested long-winded clarification "being subjected to blatant propaganda/disinfo campaigns -- conditioning programs -- designed to offer the illusion of self-directed selection of the next appointed figurehead".

Elvis » Wed Mar 11, 2020 6:57 pm wrote:
Perhaps weirdest of all is how we in the US spend two fucking years choosing an executive.

"choosing an executive" should be replaced with the suggested long-winded clarification "being subjected to blatant propaganda/disinfo campaigns -- conditioning programs -- designed to offer the illusion of self-directed selection of the next appointed figurehead".

At least out of all this, national health insurance has been dished onto the policy plate. Most of the energy has gone into trying to scrape it back off.
"Frankly, I don't think it's a good idea but the sums proposed are enormous."

Joe Biden says that we need to cut Social Security and Medicare. If elected, he will work with Republicans to cut these programs. Share this video with your parents and grandparents. (v.redd.it)
https://www.reddit.com/r/OurPresident/comments/fi55fc/joe_biden_says_that_we_need_to_cut_social/
If Barthes can forgive me, “What the public wants is the image of passion Justice, not passion Justice itself.”

^^^ Please let's not elect this Jackass. Harris sucks and her public career should be ended. Please don't forget what Joe said about Universal Health Care, that he'd veto it if passed by congress. The Republican Party needs to find a new name for itself, 'cause the Democratic party has taken their place to the right of the line.

I feel quite confident that Trump will get to reign on beyond his expiration date after postponing the general election, unless of course, his expiration comes before.

The designated successor need not be anyone we've seen running for 2020, or who is already well-known. I predict nothing and expect only that there is an informal but tight insider network of Obama-Biden veterans (plus Obama) involved and they have picked a consensus choice from among their ranks, or started a consensus process for doing so long-ago. If that is so, it will not be Clinton, and I find that talk to be rather crazy, something for Trumpheads to froth on about. It will not be Bloomberg, he's gotten what he really wanted and owns a principal's share in the party and its policymaking. It will not be Warren or Abrams, these names are floated so as to pander, to suggest a more progressive or open party. (The exception would be if Sanders comes back and takes the lead: then there might be a resort to Warren.)
We meet at the borders of our being, we dream something of each others reality. - Harvey of R.I.

Seems like the site is now functioning properly. Thank you, Drew, if applicable, or to whomever repaired the site (or blocked the scrapers.) Too soon!

I agree with you Jack, but the term I used was correct. There is a television series on Netflix with the title "Designated Survivor." It stars Keefer Sutherland. My LL suggested watching it. I've only watched the first episode, which begins with a president removing one of his cabinet secretaries (Sutherland) to serve as an ambassador, a move Sutherland's character views as a demotion. This occurs immediately before the President is to give his State of the State address and has not yet been publicly revealed.. As the president begins his address to congress, the capitol is bombed, wiping out everyone in attendance. Sutherland is whisked away by the Secret Service to safety to be sworn in as our new president. A coup is in the works. 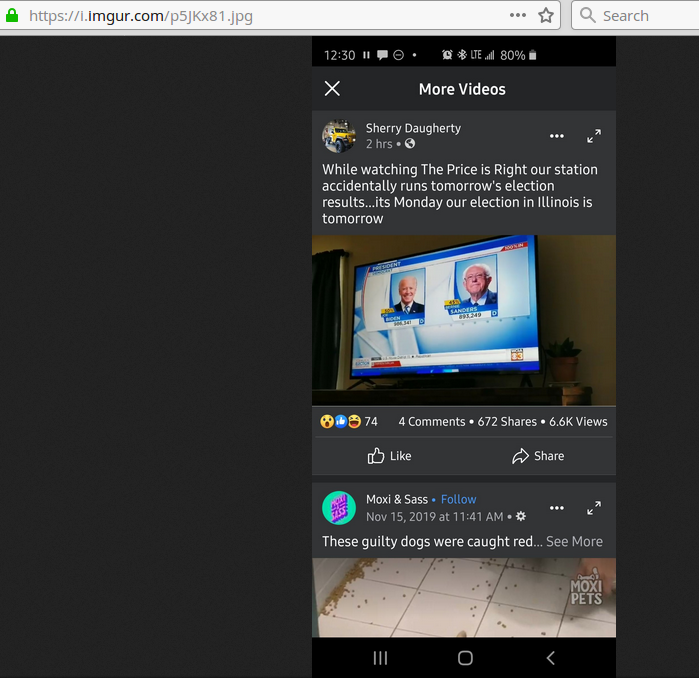 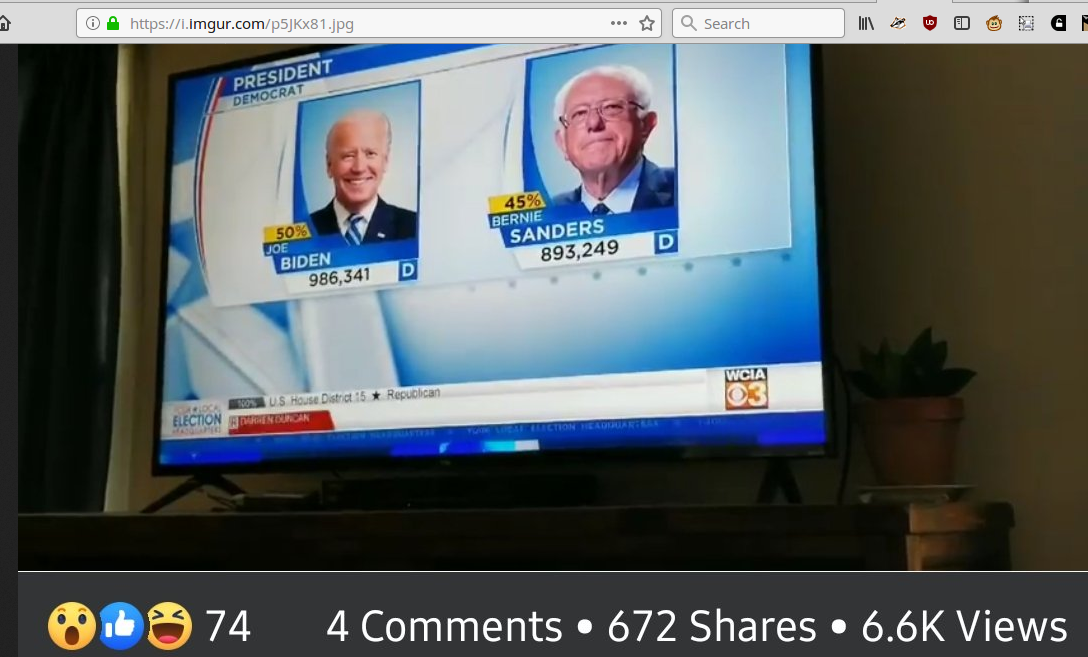 I am just perplexed at how anyone can think it was OK to have the primaries yesterday. Based on what happened in Michigan and other states last week, the tactic is to ensure that the only districts with limited polling places and long lines are the college towns and places where Sanders has the strongest support. The new normal is supposed to be that we avoid all public gatherings; a state of national emergency has been declared. The idea that this is not severe voter suppression is just bizarre. The potential outcome, a Biden nomination, would need an asterisk beside it. There truly should be an international election monitor involved in this.

Biden and Bloomberg are essentially the only two nominees that I would not hold my nose and vote for in the general election. Whether or not that is the right course of action (going for a third party or just not voting) isn't really the point. People say that voting for corporate establishment Democratic candidates is just pragmatism, that Bernie can't deliver on all of his promises and that we need to beat Trump. I wholeheartedly agree with the last part of that: we need a Democrat win. The whole idea is to pick the popular candidate, the person who attracts undecided voters. Biden is exactly the opposite - he is literally the arch-nemesis of Ukraine-gate, the last person who should be running if they actually want to win.

I don't have a satisfactory answer. It is absolutely true that the D side is in basic agreement with the Republicans on foreign policy, and stopping the wars and covert actions is certainly my number one concern. Throwing the rascals out is not an effective solution to our most pressing issues; these will remain intractable and dire, and increasingly so. Also, I do not consider abstaining from voting to be meaningless or indefensible. The obvious and disgraceful continuity of policy from Bush to Obama's first term led me to sit out the 2012 vote.

My position is much less pro-Democrat than it is simply pragmatic. I can easily empathize with the anyone-but-Trump crowd & would have been willing to go out and vote for a terrible candidate (like Pete or Warren) if it would help make this a lame duck Presidency. Neither of them seem very electable either, but it would've been worth a shot to at least play my part in the game. Voting only takes five minutes in my currently-red district, and Trump losing would mean a lot to the psychological well-being of TV-addicted seniors nationwide.

The actions of the Democratic party in recent months have been offensive enough to me that I would now "risk" Trump winning rather than be required to "swallow a little bit" and vote for Biden the right-wing racist liar. Won't be losing sleep over any of it, one way or another.

So not Trump and to decrease the political influence of conservative GOP in general, a baby step that maybe means nothing in present context.

Users browsing this forum: No registered users and 3 guests