Illumination Through Sublimation or: How I Learned to Stop Imploding and Dance the Goofy Dance

Recently, Borders Books & Music filed for bankruptcy and is now in the process of closing all of its stores.

While I was at Emerson in the 90's I worked at the Borders #120, located in Downtown Crossing Boston.

Borders was where I ended up filming most of my Master's Project, which I was required to turn in, in order to graduate. Some of my old friends from those days started a "Borders is closing" page on Facebook and inquired if I still had a copy of said project, and if so, could I post it on Youtube.

So, I dug into my archives and indeed, on a dusty old 3/4 inch tape, was the following:

To be honest, the project as it existed in my mind was really only about three fifths complete in reality. Time and money were constant obstacles in my struggle to get the project complete, and it was only through the generosity of friends and the amusement of fate that I was able to complete as much as I did.

Some of the topics covered in this video are: 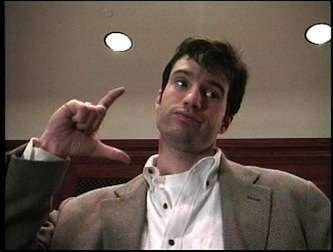 the Deep State connection between the Mafia and the CIA. 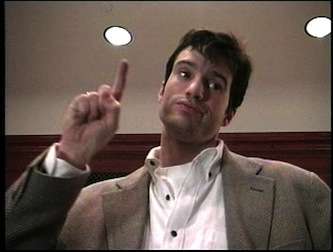 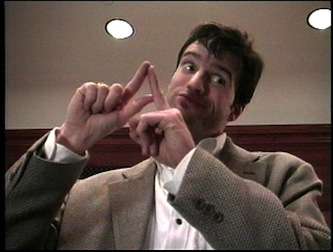 When I started at Emerson in 1994, the Mini DV camera hadn't quite hit the market yet. So, if you wanted to use one of Emerson's video cameras you had to check out a 3/4 inch tape video camera. These were big bulky Industrial grade cameras where you actually slung the tape part of it over your shoulder and the camera part connected to that with a big thick cable.

I had always been intrigued by the Boston subway system, any subway system really. As a kid any subway station always reminded me of the film, "Beneath the Planet of the Apes". Where above ground was ruled by the Apes, but below the surface was controlled by mutated Humans who worshipped the Bomb. There were a couple of spots on the Boston subway system (MBTA) where if you got right up against the window and peered out as the train was moving you would whoosh past old closed off subway stops, and I always wanted to bring a camera to these places. 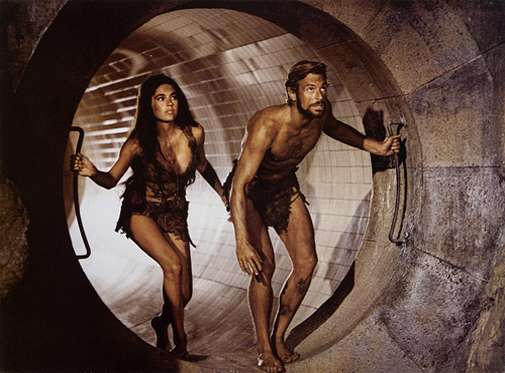 Unfortunately, because of the size and quality of Emerson's cameras. The T workers would always assume I was part of a TV News crew doing some sort of expose, and the MBTA cops would swoop down out of nowhere and tell me I needed a permit to film in the subway.

By the time I was ready to actually film my Master's Project, Emerson had invested in the Mini DV cameras and things got much easier. I think the MBTA people just assumed I was a tourist at that point. In fact, the one time I did get hassled, I just put on a thick twangy accent and said, "Well now, y'all sure got a purty city here now I tell you. Say, can y'all tell me where Cheers is?" and they just let me go on about my business.

I am not really very good at writing in any substantial way. I took a screenwriting class while I was at Emerson. It was pretty cool. The teacher was focused on teaching us how to actually make a living at screenwriting. In fact, he had only had one of his screenplays turned into an actual movie, but many of his screenplays had been "optioned". This was when a movie studio would buy a screenplay just so no other movie studio would. The option would last for a limited amount of time, and then the studio would have to decide if they wanted to option it again, if they did they had to pay the writer more money, if they didn't the writer was then free to shop it around to other studio. The teacher said this was how most screenwriters actually made a living.

The one screenplay of his that was made into a movie was "The Hunter", Steve McQueen's last film.

The screenplay I wrote for class was basically a rip off/melding of Peter Straub's "Shadowland", and "The Ultimate Evil" by Maury Terry.

I loved "Shadowland" when I read it in high school and made the Headmaster of the school in my script a member of the Process Church of the Final Judgement. The Headmaster would recruit students into the cult, either as disciples or sexual servants. 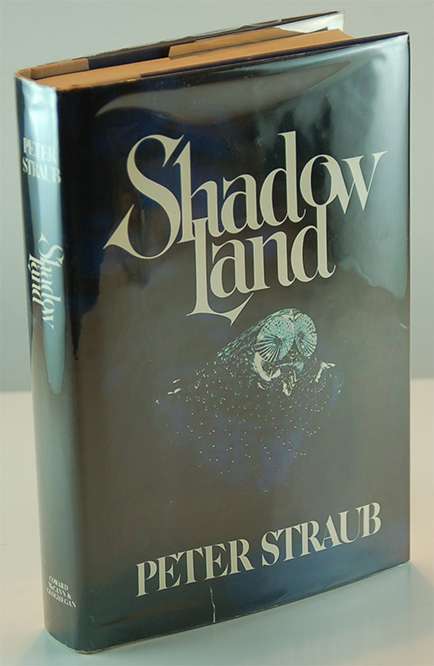 There was a character in "Shadowland" called Skeleton Ridpath. He liked to cut pictures out of magazines and varnish them to the walls of his room into a huge collage. In fact, if you look closely at the opening scene of "Illumination Through Sublimation" in R.J.'s room you will see that some of the centerfolds have animal heads where the woman's heads should be. This is sort of an homage.

The screenplay was very dark. The teacher loved it. He said it would never get made into a film but could probably get optioned very easily. The one thing he didn't like about it was all of the very specific musical cues that tied the narrative together. "Licensing music is very tricky, Ian." he said, "Only Marty Scorsese gets to use Rolling Stones in his movies."

I pretended like I misunderstood him. "Wow! I would love it if Mr. Scorsese made this movie!"

The only way I could get any writing done was to make myself mix tapes and then listen to them while I thought about whatever sort of plot development I could cobble together. Thus, lots of lyrical references would work their way into the script. I am really not good at writing.

Whenever he would hassle me about the heavy use of music in the script I would remind him of "American Graffiti", a movie that had a profound influence on me as a youth.

"Yeah, but you're not George Lucas." he would say.

Eventually we got to a point where we would start reading our screenplays out loud in class. Each writer would assign other people in class the roles in the script and then they would read the dialogue out loud. There was a beautiful woman in class and I always made a point to sit next to her. One obvious reason for this was she was beautiful, but another reason was she was super smart and had good feedback. I would always have her read the direction parts of the script aloud.

Johnny is tired. The drugs are wearing off. He feels like it is safe to speak out loud again.

BRIAN ENO's "In Dark Trees" is playing softly in the background.
*** 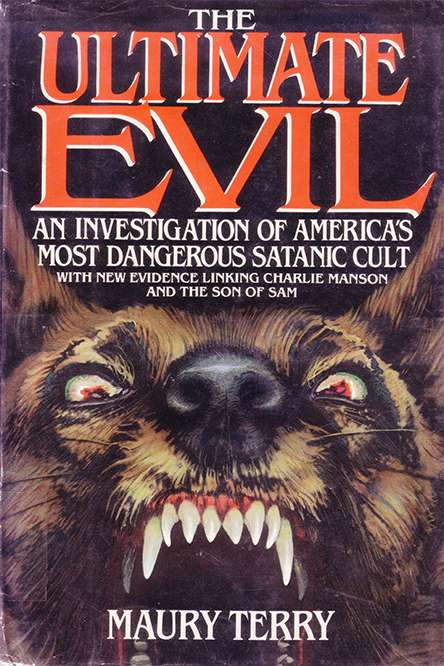 One time before class, the beautiful woman told me that she really thought her fiance would like to read my script. In fact, he co-authored a book that referenced "The Ultimate Evil", perhaps I had heard of it, the book was called "The 50 Greatest Conspiracies of all Time".

On the one hand, I was kind of bummed out that the beautiful woman had a fiance, on the other hand, I was blown away by the fact that she was engaged to Jonathan Vankin. The only reason I even knew about "The Ultimate Evil" was the mention of it in "The 50 Greatest Conspiracies of all Time". 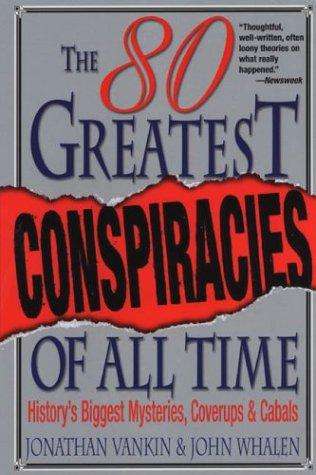 Once after class a bunch of us went out for drinks and Mr. Vankin joined us. I enjoyed meeting him and talking about conspiracies. Whatever residual angst I had about my beautiful classmate went away. They were a great couple. Plus, it seemed like the entire time I was at Emerson whatever woman I would fall for was in a committed relationship or was a single lesbian.

Later, when I had the "Illumination" script somewhat finished, I contacted them and asked them if they would consider playing a couple of the parts. I explained to them that the parts were basically "Evil Mulder" & "Evil Scully". CIA agents who facilitate a money laundering operation for the Mafia in exchange for using music CDs as a means to disseminate intelligence to agents & alters in the field by use of a hidden "third channel" imbedded digitally in the stereo signal. 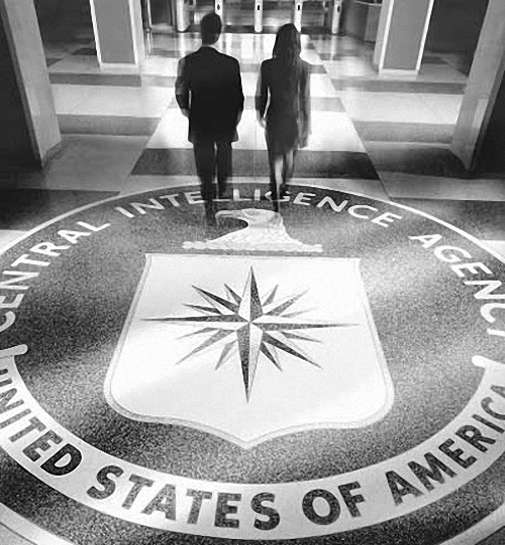 They seemed somewhat intrigued and agreed to be in my Master's Project, for which I am eternally grateful.

And that is how Jonathan Vankin ended up in "Illumination Through Sublimation".

Re: Humanity's Lens : Illumination Through Sublimation

...too awesome for words. Thank you.

Re: Humanity's Lens : Illumination Through Sublimation

got up to the bit where he's arrested & put in the back of the police van...cops/van all looking surprisingly genuine !

Tha's beautiful man! hilarious and beautiful and audible gold. Now tell me who's the music at 11min / arrest scene.
"Wintler2, you are a disgusting example of a human being, the worst kind in existence on God's Earth. This is not just my personal judgement.." BenD 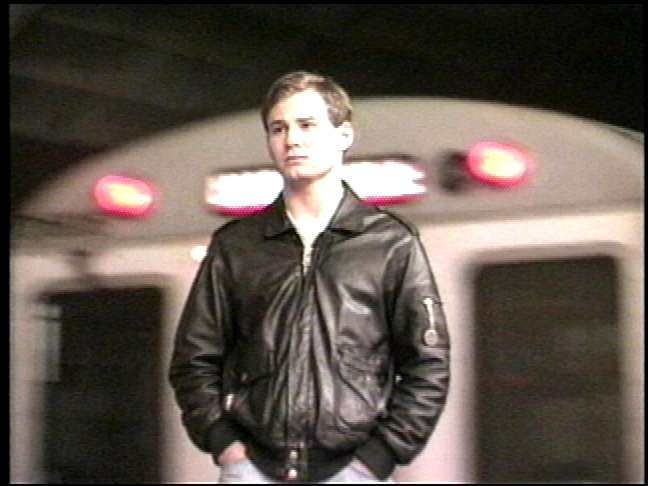 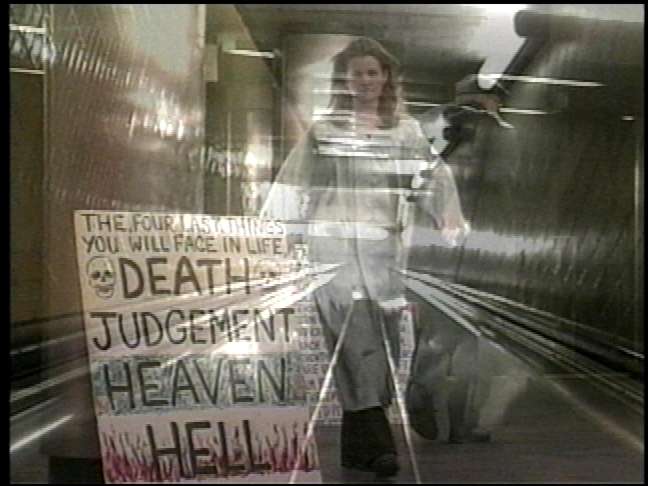 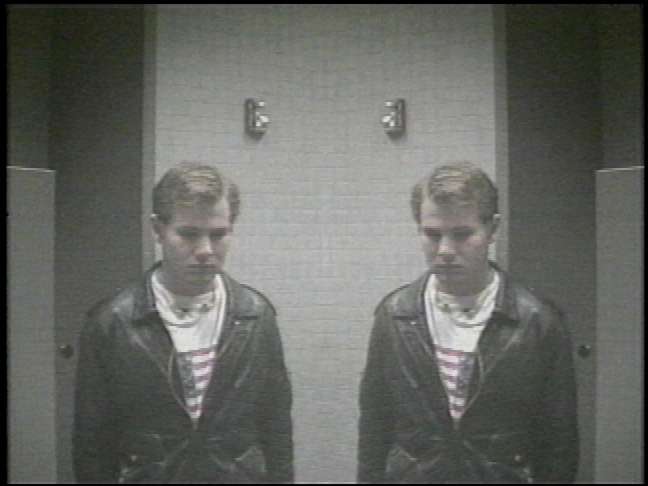 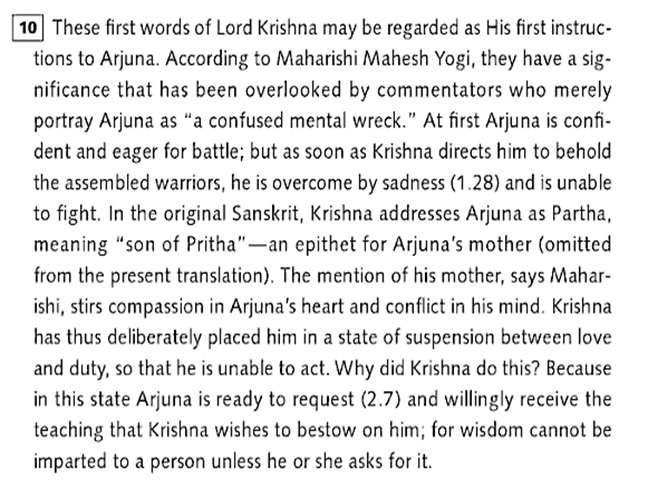 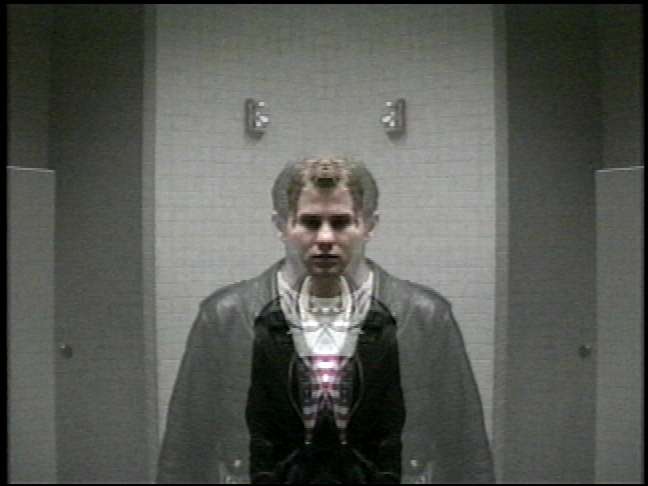 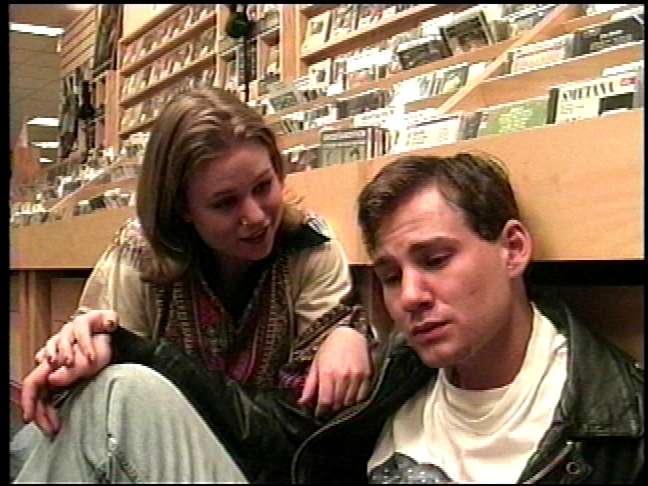 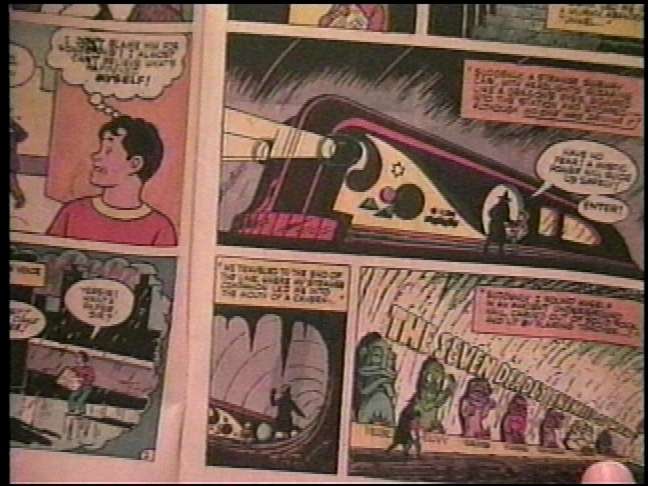 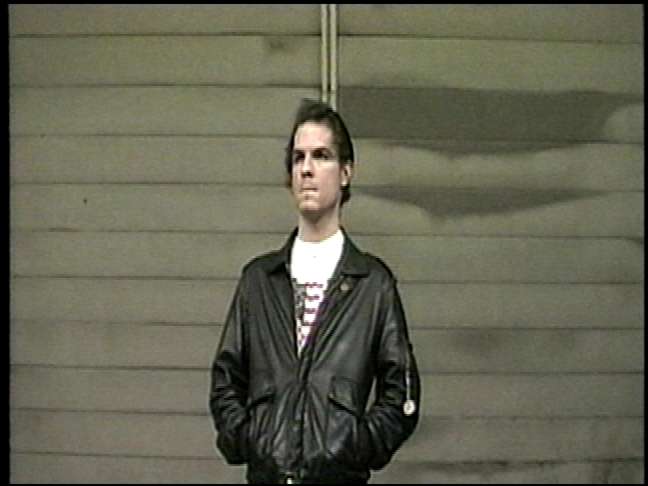 Synchronicity Strengthening @ the Altar of Alters

I don't know, synchs are where you find them I guess.

I got into work this morning and the woman who sits next to me in the lab showed me this Artist's website where he melds two personas into one. 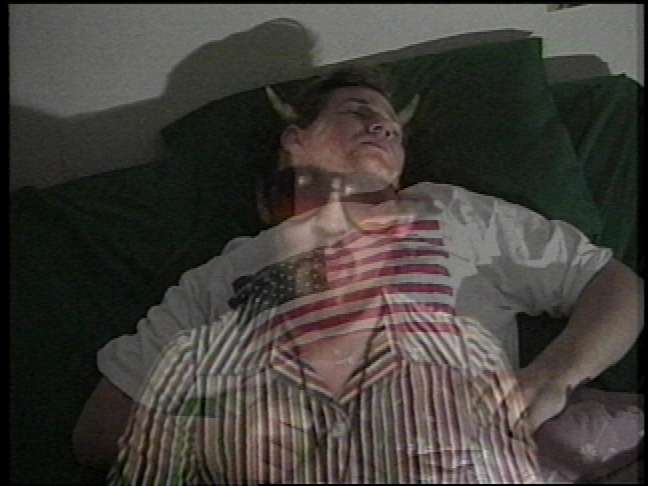 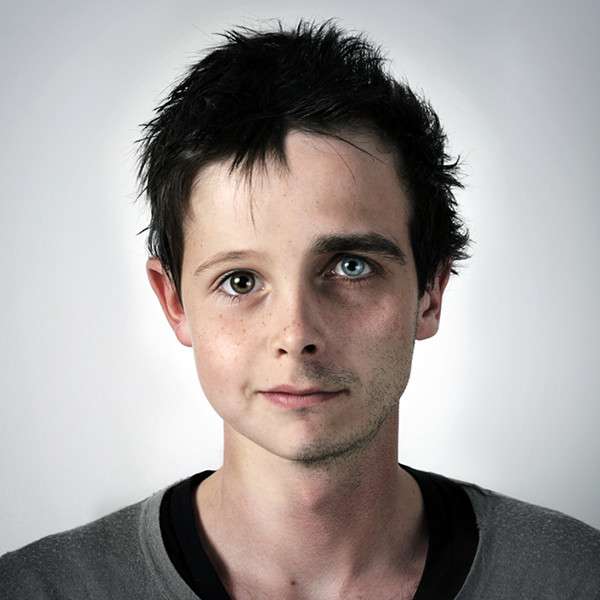 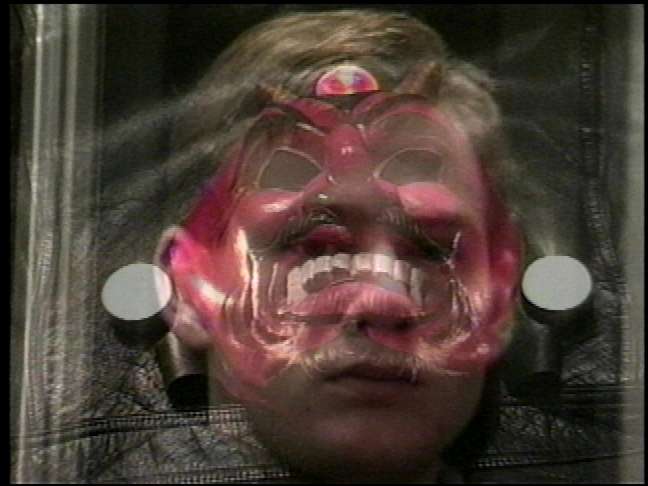 Users browsing this forum: No registered users and 16 guests